Oakland native and Summer Search Bay Area alumnus Zachary Norris believes that in order to have a strong community, “we need strong community-centered institutions.” And that is exactly what he is trying to do.

As the Executive Director of the Ella Baker Center for Human Rights, Zachary is working with a collaborative of nonprofits to launch Restore Oakland, a new center and effort to begin reinvestment in East Oakland, California. 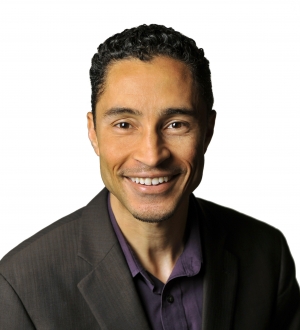 Zachary was kind enough to take time to share more about this ground-breaking work, which was recently featured in the SF Chronicle and the Equal Voice News, and to talk about how his Summer Search experience has stayed with him throughout his career.

A Passion for Restorative Justice

One aspect of the Restore Oakland project, and the work Zachary has been doing for years, is centered around the idea of Restorative Justice. This approach involves offering an alternative to punishment and incarceration when resolving conflict and providing solutions rooted in healing. Zachary believes this is crucial to building stronger, safer communities.

“Restorative justice and economic opportunity are keys to safety,” Zachary explains. “We’re adopting a public health approach to public safety rather than a punitive approach. Locking people up does not make people safe.”

This perspective was cemented for Zachary as a young man when he left Oakland to attend Harvard University and witnessed the major discrepancies in how conflict was addressed.

“Harvard was a culture shock coming from the Bay Area. I’ve never been around such diverse class experiences. What stood out the most, was how differently young people were treated when they made mistakes… Harvard students would get support, whereas people where I’m from would get punished.”

Zachary is proud of the work that he, Liam Chinn (Executive Director of Restore Oakland), and many others at the Ella Baker Center have done to help change public and political opinions and put this concept into practice for his community. The fact that the Restore Oakland project was so well-funded — receiving support from Google, Capital One, Telacu, the Novo Foundation, and the San Francisco Foundation to name a few — speaks to how the idea of restorative justice is gaining momentum.

The Ella Baker website describes Restore Oakland as a “community advocacy and training center that will empower Bay Area community members to transform their economic and justice systems and make a safe and secure future possible for themselves and for their families.”

Interestingly, the Bay Area community has already begun to come together in an inspiring way to get this project off the ground.

Zachary and the Ella Baker Center are launching this initiative in collaboration with Restaurant Opportunity Centers United (ROC United), a group that advocates for fair wages and working conditions in the restaurant industry. The Restore Oakland building will house ROC United’s restaurant and training center, called Colors, for formerly incarcerated people, immigrants, and at-risk youth from low-income backgrounds.

When completed in April of 2019, the center will be a two-story, 15,000-square-foot building on the corner of 34th Avenue and International Boulevard in Oakland. Zachary believed that it was important to get a building in the community, saying how that ownership allows them to “be able to provide below-market rent to the other nonprofits in the space.”

Some of the local nonprofits that will use the space include:
• Housing rights organization Causa Justa/Just Cause (CJJC)
• Food business incubator La Cocina
• Restorative justice organizations Community Works West and Restorative Justice for Oakland Youth 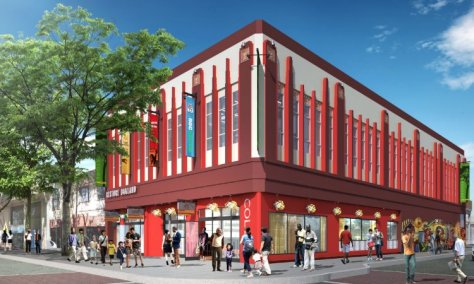 A Spark from Summer Search

Zachary says that his Summer Search service trip to Costa Rica, where he helped build a school in a small village called San Luis, was an incredibly eye-opening experience.

“That changed the way I think about the world. Until then, I had never really traveled outside of California. It was my first time on my own at 16 years old. I felt an expanded sense of the world and a sense of appreciation for some of the gifts that I had in my life. Like realizing the sacrifice my parents made, taking care of me and working hard to send me to Catholic high school.”

He also credits that experience, along with the mentoring he received, for “setting me on a trajectory of always trying to push my own boundaries.”

And he certainly did — going to Harvard for undergrad and New York University for law school, fighting police brutality while studying abroad in Argentina, working for a human rights delegation in Colombia, taking time away from school to intern at Ella Baker and work on a campaign called Books Not Bars for juvenile justice reform, and then starting his own organization, Justice for Families.

As Zachary reflects on his passion for justice and service to others, he comes back to one moment on that Costa Rican trip that he says sparked the whole thing.

“I was sitting outside of a discotheque in Costa Rica at 16, running my hand through the sand. I saw a trail of sparks from the phosphorescence in the sand. Under the stars by myself, feeling awe and wonder and appreciation for life and being blown away by all the beauty in the world. And then recognizing that I’m fighting to create a world where people’s needs are supported, so people have the chance to experience that wonder and awe of being alive.”

Looking ahead to Restore Oakland’s opening next April, Zachary also reflects on all the work that went into this project and what other community organizers and activists could learn from his experience.

“The key lesson was not giving up. A lot of early work at Ella Baker was saying ‘no’ to things rather than putting forward proactive visions. But now [with Restore Oakland] we are putting forward what we want to see in the world. My advice is to stick with it. Be determined and think about how folks can use their talent to maximize their impact.”